Animal Exploitation is All Wrong!

I’ve never heard of Mr. Chad before reading this article, he is in fact a sports writer. Frankly, if it’s not about the Chicago Cubs winning the World Series, I am not interested in articles about sports.

But this article is different. I was alerted to it’s very existence by one of the Google alerts I have set up to find articles on my favorite topic, dogs. In his article Mr. Chad writes about coming to the realization that dog sledding is cruel to dogs. This is a quote directly from his article.

“Sled dog racing is cruel, unusual and unacceptable punishment for the animals.”

Well, Mr. Chad is right! And I’d like to lean in on his article and proclaim that not only is dog sled racing cruel and unusual punishment but so is horse racing, dog racing, circuses and zoo’s and oh yeah, I am looking at you too, SeaWorld. Anytime we steal animals from their natural environment to perform tricks for our entertainment we are wrong, when we force animals to fight, race, sled or even swim with us, we are doing them an injustice.

Any animal in captivity for our entertainment and profit is purely wrong.

Just last week I watched a video of a gorilla splashing in a kiddie pool. Someone had set the video to the song “Maniac” and I have to admit, at first, I thought it was funny. The gorilla spun and danced completely uninhibited and clearly was having a good time in the water. 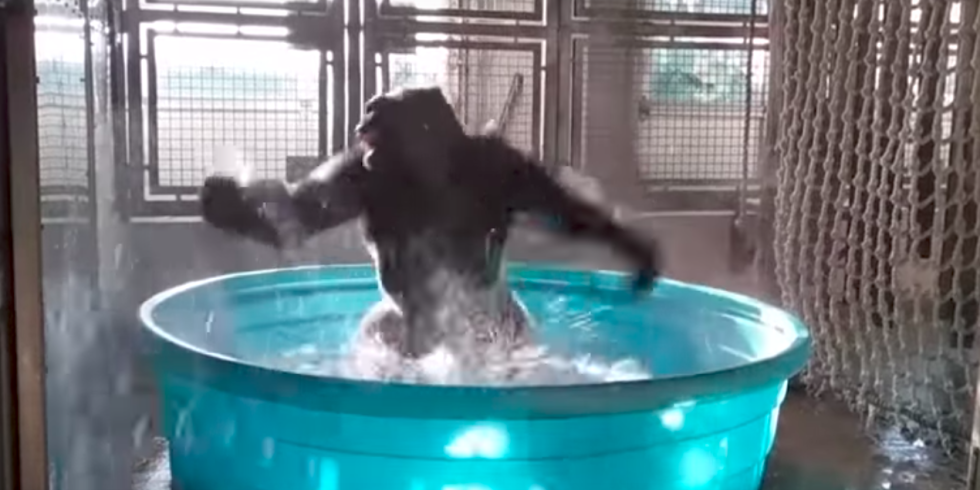 Here was this magnificent gorilla experiencing what could only be described as sheer joy. It was entertaining and delightful, at first look. But then, something happened…

After a couple views, my delight turned to disgust. My minutes of voyeuristic escapism turned to shame. I realized I was essentially watching a prisoner in the showers, fundamentally invading his privacy.

I did some on-line research, and found out the gorilla’s name is Zola and he lives at the Dallas zoo.

Zola is a 14-year-old gorilla taking part in the zoo’s enrichment program. “The program is in place to provide stimulation in order to encourage more natural behaviors.” According to the Dallas Zoo.

Isn’t it enough that humans have plucked Zola away from his family and friends, away from his proper home in the jungle where he should be frolicking in waterfalls and not plastic kid pools? No, not enough, we had put him on display for all to see.

Since when have animals become our entertainment? We hunt them, eat them, enslave them and make them perform dangerous tricks, all so they can delight us. And this is wrong.

I believe mankind is here to safeguard the earth and the animals. Unfortunately, humans have endangered and killed off more species than can be counted and destroyed the natural habitat of so many others. Why? Greed? Sure, that has to be some of it.

More than that though I believe humans have come to assume we are entitled to the animals and that they belong to us. This is simply not true. Animals are not ours to use and abuse. We are here to safeguard the earth and it’s inhabitants. 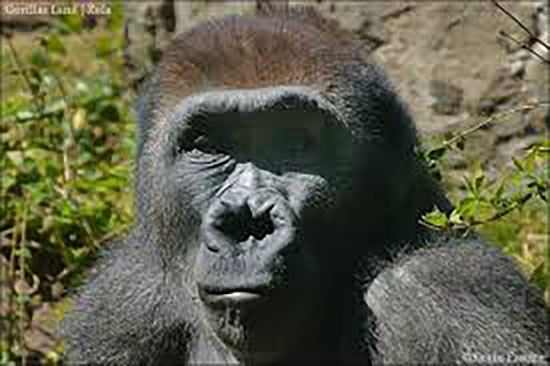 Mr. Chad said it better than me and I am so glad he did because he has a far greater audience and that is

“Animals should not be subjected to our whims, in any way, shape or form, for the sake of our sporting-and-entertainment needs.”

Thank you for using your reach to educate those who aren’t on board, yet.

And yes, we should stop eating them.